I remember watching E.T. for the first time…I had never watched anything like it before and I was mesmerized by that little alien.  I was like 8 years old, or something close to that.  I saw it in the theaters, cool right?

E.T. still has that same effect today when I watch it with my own children.  An amazing tale of the unknown, friendship, adventure and love!From AcademyAward®-winning director Steven Spielberg, the magical adventure known as E.T., celebrates its 30th Anniversary with getting released on Blu-ray™.

The quality is fantastic with the all-new, digitally remastered picture that delivers six times the resolution of DVD, as well as all-new 7.1 surround sound, the E.T. The Extra-Terrestrial Anniversary Edition Blu-ray™ Combo Pack includes the 1982 theatrical movie, an all-new interview with director Steven Spielberg, and “The E.T. Journals” featuring never-before-seen footage from the set of the film. The Blu-ray™ Combo Pack also includes UltraViolet™, a DVD and a Digital Copy of the film!

Be sure to grab your copy today and experience the magic again!  This would be a great one to put under the tree this year.  My kids are now hooked on E.T., so much better than that old VHS tape I was holding on to for all of these years!

I received a copy of the movie mentioned above to facilitate my review.  No compensation was received and all opinions are my own. 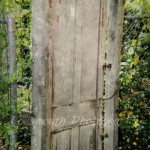 Repelling Rabbits Rabbits may be cute and cuddly, but when they start causing damage in your garden, they quickly turn into a pest that you must get rid of. So how do you go about doing that? Here is a guide to the damage that rabbits can cause and some information on how you can […]

Load More...Follow on Instagram
bccd7a3ae73e6faab467f96c9299b0dd-331
We use cookies to ensure that we give you the best experience on our website. If you continue to use this site we will assume that you are happy with it.Ok