Every little girl loves Cinderella!  I love these timeless movies that we can enjoy as adults with our children.  I remember watching Cinderella as a child and love how my little girls love it just as much as I did.

Everyone orders Cinderella around: her cruel stepmother, her awful stepsisters — even the big clock in the church tower tells her when to start another day of drudgery. But they can’t stop her from dreaming, and Cinderella has faith that someday her wishes will come true. When an invitation to the royal ball arrives, Cinderella is sure her time has come — until her stepsisters, with the encouragement of Lady Tremaine, tear her gown to shreds. Just when Cinderella believes all is lost, her Fairy Godmother appears, and with a wave of her wand and “Bibbidi-Bobbidi-Boo,” transforms an ordinary pumpkin into a magnificent coach and Cinderella’s rags into a gorgeous gown, then sends her off to the Royal Ball. But Cinderella’s enchanted evening must end when the spell is broken at midnight. It will take the help of her daring animal mice friends and a perfect fit into a glass slipper to create the ultimate fairy tale ending.

Can you believe that Cinderella was released released 62 years ago?  The Cinderella (Two-Disc Diamond Edition Blu-ray/DVD Combo in Blu-ray Packaging)

high definition has enhanced picture and sound, so it’s like a brand new movie!

Disney has also released some Cinderella sketches that are featured in the slide show below.  In addition to early sketches of the glass slipper and Fairy Godmother, the studio has released historic photographs from the live action reference film shot for Cinderella that combines live action with hand drawn art.  I think it is so cool to see stuff like this!

This clip below shows one of our favorite parts of the movie!

This is a great one to put under the tree this Christmas!

I received the product mentioned above to facilitate my review.  All opinions are my own and no compensation was received. 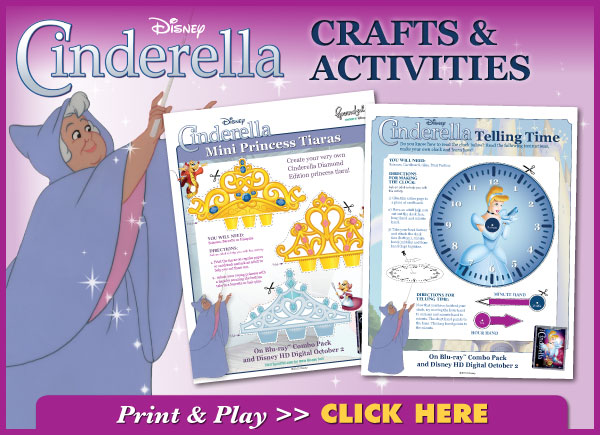 No one wants to experience the gut-wrenching feeling when you realize you’ve misplaced the keys to your home. The safety and sanctity of your home depend on knowing that space is secure against danger and from any outsiders. When you lose your keys, that safety is compromised. One of the first steps you can take […]

Load More...Follow on Instagram
We use cookies to ensure that we give you the best experience on our website. If you continue to use this site we will assume that you are happy with it.Ok